I have some news for you! If you read Creatura, you might remember David telling the story of Deus and Starr. Their story was begging to be written, so I did just that and wrote a novella entitled Deus.

What's Deus about?
Deus is the story of the initial spark of life and Deus's experiences as the first person to live. But this is also the first love story that ever exist. I supposed you could call it a spin-off prequel, though it doesn't touch on the subject of Creatura, as they did not yet exist. However, you'll be able to better understand the meaning of the Star Crest. You don't have to have read Creatura to understand what's happening in this novella as it is a story on its own.

When will Deus be released?
I haven't a release date just yet, but I'll be sure to keep you updated.

On a Final Note:
I hope you enjoy the story once its released. For now, I'd like to share the beautiful cover that Marie from Lunar Haven Reviews and Designs helped me with. Special thanks to deviantART user astraldreamer for allowing me to use her stock image photo.


What do you guys think? 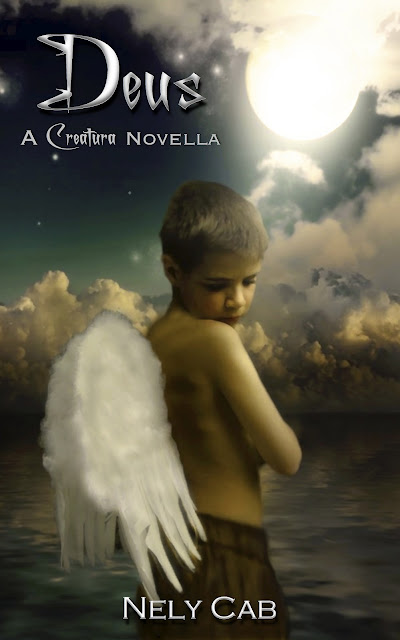