Beyond Earth by Arlene Lagos Spotlight and Giveaway! 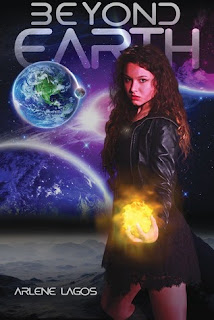 Hidden in the fabric of our own galaxy are five planets, anchored to Earth and thriving with life. Each one unlocks a secret to many destinies that bring seven brave warriors together to fight the ultimate evil set to destroy their existence. Life for Adaminia was ordinary…and she hated ordinary. She always felt she was meant to do more. That opportunity presents itself when she follows a strange sound, gets sucked up into a wind tunnel, and spit out onto a hidden planet. Here she meets Joanie who reveals to her the truth about her real parents, the five hidden planets anchored to Earth, the murdered leaders, the missing heirs, and the role she will play in saving all mankind from extinction. 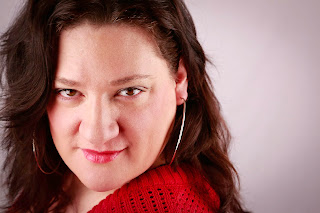 Lagos, a native of Massachusetts has written poetry, stage plays, screen plays and short stories for over 20 years. She has just launched book I of her series, “Beyond Earth”.  ”Beyond Planets” and “Beyond Time” (books 2 and of the trilogy) are expected to hit book shelves soon.
Lagos also has several award-winning short stories coming out in three separate anthologies this spring. Fifteen authors including herself have contributed to the  anthologies, “Giant Tales Beyond The Mystic Doors” which is now available on Amazon.com as well as “Giant Tales From The Dismal Swamp” and “Giant Tales Down in the World of Pirates” due out next month.
Lagos currently resides in Massachusetts with her husband and their daughter.
Connect with Arlene Lagos
BLOG  |  FACEBOOK  |   TWITTER  |  GOODREADS  |  AUTHORGRAPH

a Rafflecopter giveaway
Posted by Nely Cab at 7:23 AM 1 comment: