The Soirée is on the Way

The cake's been ordered, the place reserved. It's roughly two weeks until the official release party for "Creatura". Invitations have been mailed and some will be hand delivered. In all honesty, party planning is something I very much enjoy. However, this one takes precedence over the rest of the parties I've ever had to coordinate. It's absolutely nerve wracking! 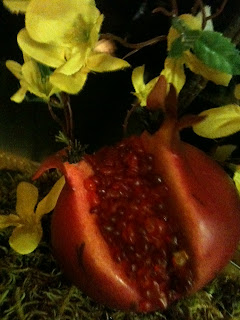 I'm a planner - not a party planner, but a planner in general. Often, I tend to think of every detail that would please me if I were an attendee. That's not so bad is it? Okay, yes it is! Call me obsessive or compulsive...or both. I'm a female, for goodness sake!


The release party will be held in the City of Los Fresnos, Texas, also the setting of my book. Why Los Fresnos? Because at the age of 13 I moved there and hated it,  BUT then something extraordinary happened - I fell in love. Not with a guy, with the town! It's small, it's friendly, it's simple. Yes, it may only have a population of 4, 512, but it's home, and home is where the heart is. I consider it my hometown even though I didn't move there until my teenybopper years. 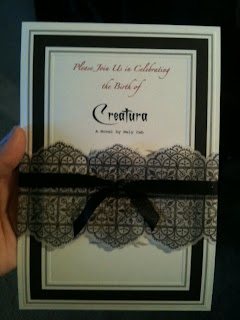 Everyone says, "write what you know", but I wrote what I imagined. My imagination ran amok in that town and the surrounding areas as I wrote "Creatura". That's where David Chios came to life in The Ebony Estate (AKA Casa Los Ebanos at Los Ebanos Preserve). It's where Isis Martin attended Los Fresnos High School, and where Claire Martin, Isis' mother, worked for the County, as a paralegal in the courthouse. It's where Krystle, Sheila and Patrick - Isis' friends- graduated high school, before Isis. My characters have a life in Los Fresnos! They're very real to me. Holding the book launch within my town was the only feasible choice.


*I should mention that Krystle, Sheila and Patrick are real people and not just cameo characters in the book:
Krystle - my sister
Sheila - my sister's BFF
Patrick - my sister's BF
**They will be making an appearance at the launch. Who knows, maybe they'll be asked for their autographs.


So, what am I doing to prepare? I'm hot gluing my fingers to the bone - making centerpieces and detailing the event. I'm thinking of a speech and a paradigm. I'm thinking of great treats to serve and of how to set up the room. Plan, plan, plan! Yes, I am obsessive, but if I didn't obsess, how would I have ever detailed all those character personalities in "Creatura"?


*By the way, my apologies for not posting any new short stories or blogs recently, but writing chapter two of the book series has been keeping me quite busy.


Anyhow, I do believe I'm due for a well-deserved break. I'm off to relax with a good book that I'm eager to finish, and then I'll nestle myself into bed, where Morpheus, with a grin, will lure me away. Therefore, I must bid you adieu. I have a long day tomorrow: appointments, post office, burned fingers and crossing off other items on my "to do" list. Wish me luck!