Alayna Scott always knew that she wasn’t your average twenty-year-old. The visions she receives around water were a dead giveaway. But even her visions couldn’t prepare her for the tragic car accident that claimed the lives of her parents. With everything she loves gone, Alayna packs up and moves to the small town of Juniper Grove in hopes of starting over.

Jayden McKnight can’t explain the sudden attraction that he feels whenever Alayna is near but he does know that he wants her for his own. So when a local vampire selects Alayna as his next victim, Jayden will stop at nothing to ensure her safety – even if that means bringing Alayna into a world that she never knew existed.

Love will blossom, challenges will be made and Alayna will find herself fighting not only to survive, but against what she may become

After surviving a terrible automobile accident where she loses her parents, 20 year-old Alayna tries to gather the pieces of that shattered past by starting anew in the town of Juniper Grove. Alayna finds comfort in a a handsome and friendly young man named Jayden who assists her in refurbishing the garden in the fixer-uper home that she has purchased. One night, as Alayna strolls back home and ignorant of the town's curfew, she is viciously attacked by a mysterious man with a craving for blood. When Alayna questions Jayden about the attacker, Jayden has no choice but to open the doors to his mystical world. While Jayden nurses Alayna to health, both discover that the spark that ignited during their friendship has flourished into a burning flame, and in the end it is love that will conquer.

Author Jaidis Shaw has created a magical world in present time, where mythical creatures live undetected among humans. Shaw captures the essence of this mystical world by developing a cast of characters that works well to deliver the reader a wonderful and innovative plot.

Filled with thrills, love and the unexpected, Jaidis Shaw's "Destiny Awaits" will unconsciously absorb you into the realm of your untapped imagination.

Q: How long did it take you to write this book?


A: I started writing the original draft back in 2004/2005 but then had to put it on hold when I was diagnosed with epilepsy. After my first short story had been accepted for publication, I decided that it was time to get my book done.

Q: What was your inspiration to write this book?

A: I spent my childhood growing up in MI and then we moved to SC when I was in the 10th grade. I was bullied relentlessly for being a ‘Yankee’ and had no friends that I could turn to and so I took to my writing and the idea for this book for formed.

I will be talking more about why I started writing my book next week when I make a vlog as part of an upcoming Charity blog hop that begins on March 30th.

Q: What genre do you find the most difficult to write in and why?

A: I have only tried my hand in paranormal romance, suspense and western genres. I have a story idea that I have been wanting to work on that is a high-tech sci-fi (or could even have a Steampunk flair) but I just can’t seem to tell the story that way I think it should be. I’ve actually considered trying to find a co-author for it who knows more about the genre to help me.

Q: Do you have any writing projects you are currently working on?
A: I started book two of the Juniper Grove Chronicles before book one was ever finished. It is all mapped out and ready to go when I have more time to sit down and pull the pieces together. Although it is the second book, it is not a sequel and instead takes a closer look at the life of Violet who readers will meet briefly in Destiny Awaits.

Q: If your book became a movie, who would be your first choice to play the lead roles?

A: I have spent a lot of time thinking about this question, as I’m sure that most authors do. There are two actresses that I think would be great for the role of Alayna. The first is Kate Mara. I think she has the look down and could pull off the serious side of the character. 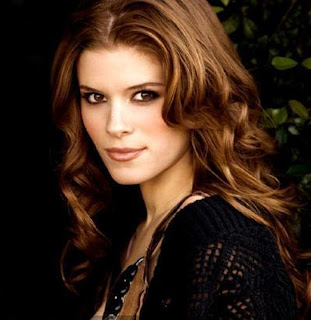 The other actress is Emma Stone. She also fits the look but I think she would be better suited to pull off the snarky attitude that Alayna has throughout the book. Her eyes are better for the part as well. 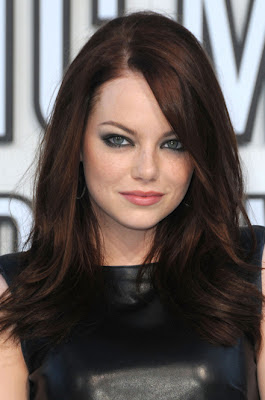 I’m still on the search for the main male lead.


Q: Do any of your characters have qualities/characteristics that are similar to yourself?

A: I bestowed my love of water to Alayna. There is just something about water that I connect with and it often helps calm and rejuvenate me. I have been known to stop whatever I’m doing and go sit on the porch and watch the rain. Oddly enough, the only form of water that I can’t stand is ice. It hurts me to see water constricted like that.

Q: One food you would never eat?

A: I refuse to eat anything that lives in water. Probably has something to do with the above question.

Q: What was the scariest moment of your life?

A: The scariest moment was probably when I had a seizure while taking my Biology exam in college. The teacher refused to give me the medication as the entire staff was instructed and that one seizure turned into Status Epilepticus which means that I had a grand mal seizure every few minutes for the next 6.5 hours. It was pretty scary when I finally came too and didn’t know who my family was.

Q: As a child, what did you want to be when you grew up?

A: Either an author or a veterinarian. You can see which option won out.

* I'd like to thank Author Jaidis Shaw for this interview and for giving me the opportunity to read and review her debut novel due for release, tentatively, in the months of April/May of 2012. It's an honor to be the first to present her literary achievement to the public and a privilege to know her.

Jaidis Shaw currently resides in a small town located in South Carolina with her husband and her beautiful daughter. With a passion for reading, Jaidis can always be found surrounded by books and dreaming of new stories. She enjoys challenging herself by writing in different genres and currently has several projects in the works.

When not reading or writing, Jaidis fills the position of Book Tour Coordinator for Nurture Your Books™, maintains the Juniper Grove blog and loves encouraging her daughter to let her imagination run wild.


Learn more about Author Jaidis Shaw on her sites: 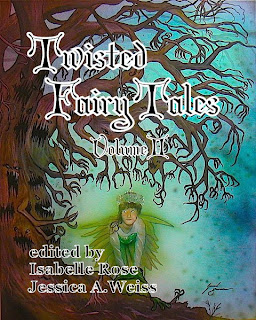